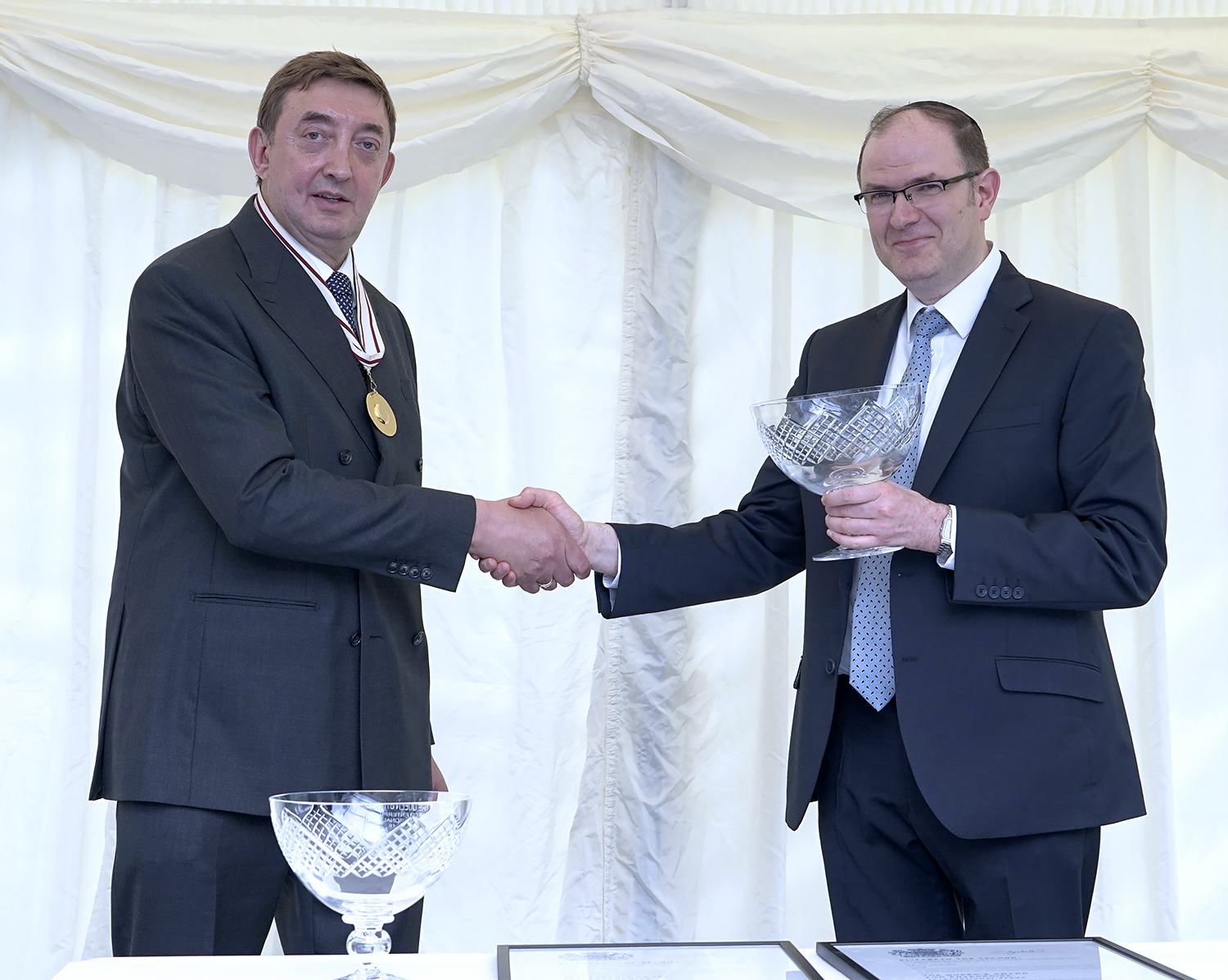 21 April 2016. Vision RT is delighted to announce it has been awarded two of the 2016 Queen’s Awards for Enterprise – the UK’s highest accolade for business success. The company has been granted the Queen’s Award for Enterprise in Innovation, and in International Trade.

The Queen’s Award is regarded as the most prestigious business award in the UK with companies selected based on leading the way in international trade, innovation and sustainable development. The awards hold particularly special significance this year to mark Her Majesty The Queen’s 90th birthday.

Click here to read about the awards presentation ceremony, where founders spoke about the technology and a patient who had benefited from Vision RT for deep inspiration breath hold spoke about her experience.

For Innovation, Vision RT was recognised for its unique product, AlignRT®, a proven solution for Surface Guided Radiation Therapy (SGRT). SGRT is a form of radiation therapy during which the patient’s surface, and hence their position in 3D, is tracked in real time both before and during treatment. AlignRT®, a video based non-ionizing tracking system, alerts the user if the patient moves beyond a predefined tolerance. Vision RT’s technology is protected by a total of 37 granted patents with 36 additional patents pending in regions including the UK, US, France, Germany, Europe, Japan and China.

In International Trade, the company was recognised for Vision RT’s “outstanding overseas sales growth over the last three years”, including the USA, the largest radiation therapy market in the world. There its product is installed in 37 of the top 50 cancer centres in the country*. Vision RT “has seen growth of its international trade of 260% since 2013.”

Patient comfort, safety and optimising treatment efficiency are at the heart of Vision RT’s business. SGRT has proven to have particular benefits for patients being treated for left breast cancer. Unlike conventional treatments which often result in unintended irradiation of the heart and subsequent damage, by using AlignRT® to monitor a patient’s breath-hold, thereby pushing the breast away from the heart, it is possible to avoid this risk. Similarly, traditional treatments of brain tumours frequently involve the painful application of a metal frame screwed to the patient’s skull for several hours in the clinic. By using AlignRT®’s real time tracking and open face masks, the painful and uncomfortable part of this process can be eliminated, with the patient coming in and out of treatment, typically within 30 minutes.

“We feel honoured and humbled to be the recipient of such prestigious recognition, in particular to be one of only six companies in the UK to have received two awards in 2016,” says Norman Smith, CEO of Vision RT. “Ultimately our focus has always been, and continues to be, how to improve patient care in radiation therapy. Vision RT is grateful to Her Majesty The Queen for such esteemed acknowledgement which we believe will further propel us to becoming the standard of care for SGRT, benefiting every patient and every clinic around the world.”

Any cookies that may not be particularly necessary for the website to function and is used specifically to collect user personal data via analytics, ads, other embedded contents are termed as non-necessary cookies. It is mandatory to procure user consent prior to running these cookies on your website.